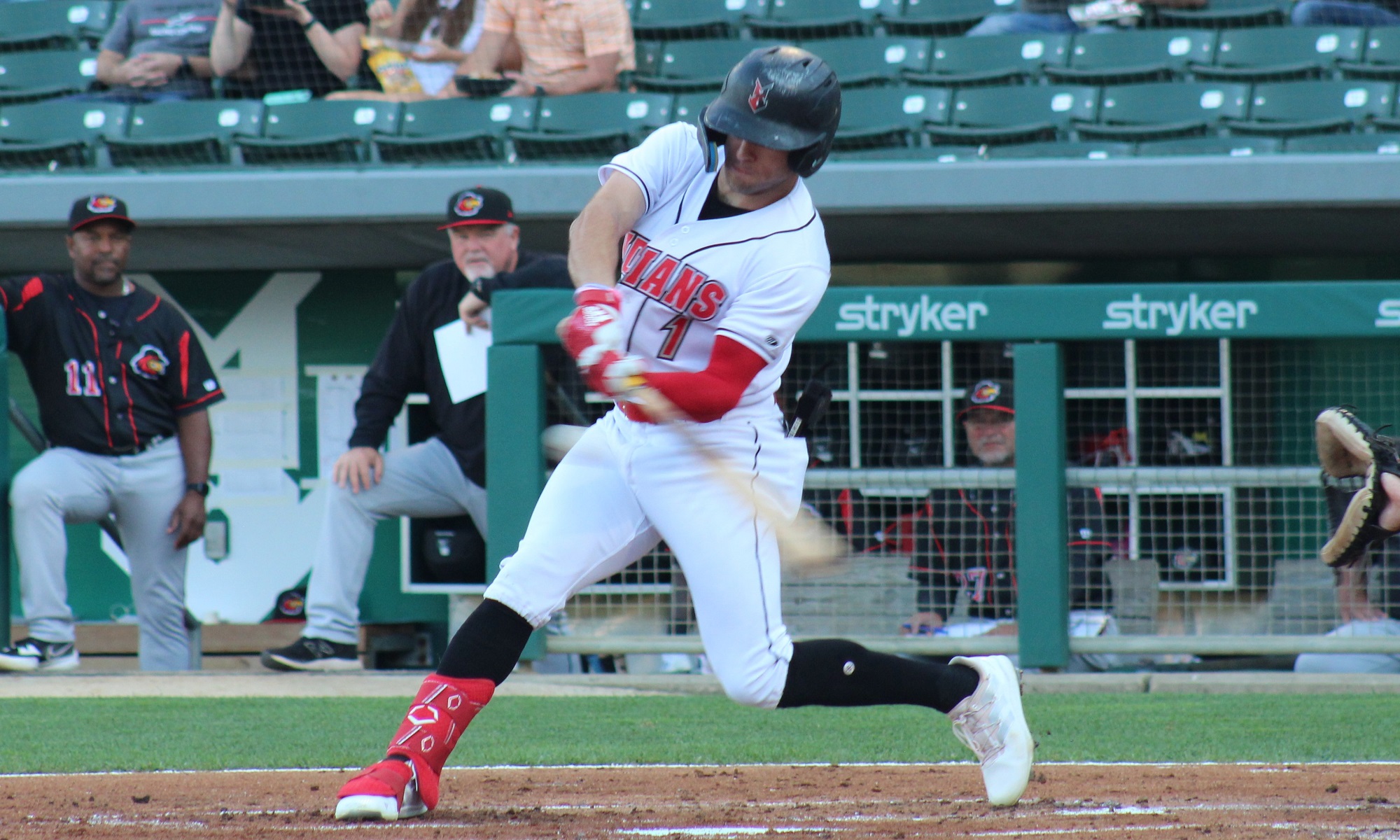 The former first round pick hit his ninth home run of the season for Indianapolis, tying his previous career high from all the way back in 2019 with Bradenton.

The former first overall pick has picked up three of the four games since returning from injury, including this RBI single.

We take an early lead thanks to this @henrydavis32 RBI-single! pic.twitter.com/YqCAoJcAus

It’s been an up and down year for Carmen Mlodzinski but he was able to turn in one of his finest performances of the season on Sunday. He allowed two hits across four shutout innings, striking out five in the process.

He also struck out the side in the first inning, here’s a look at one of them.

Carmen Mlodzinski strikes out the side in the first!

Park had himself quite a weekend for Indianapolis, picking up a total of eight hits – four of which went for extra-bases. This was a single, but drove in a pair of runs.

Here’s how Hoy Park got it started. ⬇️ pic.twitter.com/CPK361fYNg

Alvarez made a bit of history on Sunday, becoming the first player for Altoona to hit 20 home runs, and have 20 stolen bases in a single season. This was his 20th home run of the season.

HISTORY IS MADE! @and6alv becomes the first player in Altoona Curve history to hit 20 home runs and steal 20 bases in a single season!! pic.twitter.com/OYqPpDOsxM

After failing to pick up a hit for the first time since coming to Altoona, Endy Rodriguez got things started again on Sunday with a base hit.

4th straight game with an RBI for Endy!!! pic.twitter.com/z2vJK2In2n

Gonzales picked up his fourth game of at least three hits since returning to Altoona from injury. Sunday he collected three hits, drew a walk and was hit by pitch.

Here are all 5 of Nick Gonzales AB’s today. Was on base all 5 times.

His K rate has dropped below 30% and sits currently at 29.4%. A huge resurgence for him.

In the Alvarez video, the fan walking down the steps tripped and almost fell. Why do I find almost falling to be hilarious….maybe one day I’ll graduate 7th grade.

Otherwise, quite the positive article, most happy about Gonzales followed by Davis. We need a few of these high first round picks to pan out. I hate feeling envious of Baltimore.

If I wouldn’t give Swaggerty a longer look with the big club. I’m afraid he’ll end up with the Giants and become a star.

If Campagna could just learn to reduce his strikeouts and make more contact, he could become a true five tool player.

His speed is rare as it is. Combine that with how hard he hits the ball when he makes contact. When I got to collect all the date at the end of the season, it won’t surprise me if he’s one of the better hitters analytically. But like you said, those strikeouts. And it’s gotten worse this year. Almost 40% right now. He’s still 20 technically though I guess