PITTSBURGH – During the 2022 season, I shot 25 games across the Pittsburgh Pirates system. It is a hard task to trim over 25 games down to just a few top frames, but the list below are my top ten favorite shots of the year (with honours).

As part of my job with Pirates Prospects, I get to cover more than just the Pirates. The season I traveled to many Curve games and this Andres Alvarez frame is all about freezing the action. The thrown ball, the leap off the ground and his chain flying — I just really like everything about this. 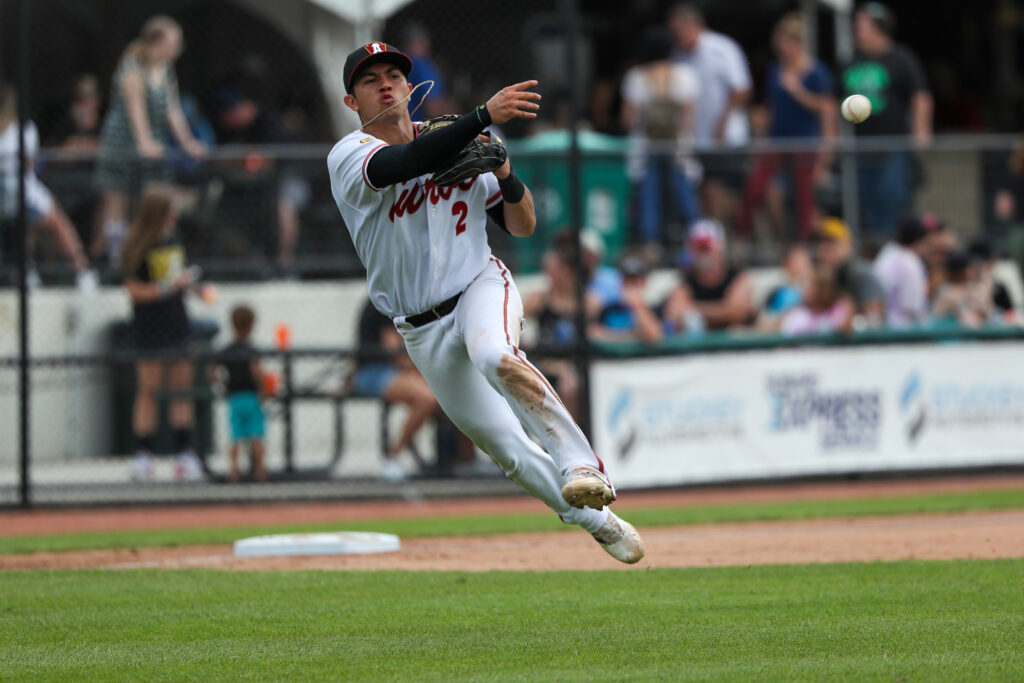 I love to have some fun with shadows and light which is what adds this Bligh Madis photo with the sun beam to my list.  Then add in the scoreboard in the background saying baseball, it’s just a fun photo. 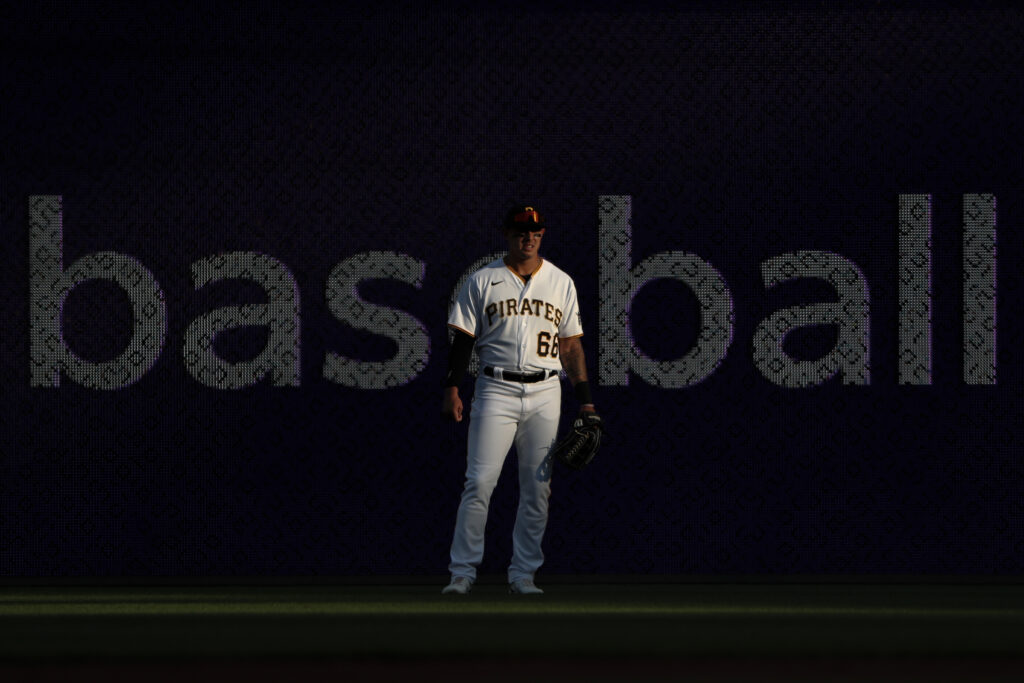 What is not to like about this Jack Suwinski walk off from June 4, 2022? You have the obvious — Jack watching his ball fly over the wall — but with having a wider crop on the photo you get all the fans and players in the background. Many of the fans are realizing it is a walk off and the players are beginning to realize and leap onto the field in celebration.

Every season I am always in amazement at PNC Park. This season is no different, and with the outfield grass cut with 412 in the design, this photo is just a little cooler than other photos from the 300 level.

This frame of Bryan Reynolds on the warning track is one that is aided by the low sun. If it was a cloudy or the sun was high in the sky, then it would not be as good. The shadow of Bryan on the wall and even the shadow of the ball just before the catch is what really brings this photo together.

Termarr Johnson becomes a Pittsburgh Pirate! I haven’t been able to capture the last few first round signings when they made the announcement, but it lucked out that I was there for Termarr. I benefited by positioning myself right behind the Pirates team photographer Josh and thus it looks like they are looking right at me.

At number four, I am going away from the Pirates photos and going to a game when the Dodgers came to town. My primary task is to cover the Pirates, but every once in a while I photograph the visitors for various reasons. This instance is that I wanted to photograph Mookie Betts and got super lucky with Mookie breaking his bat and having the splinters still flying off the bat. 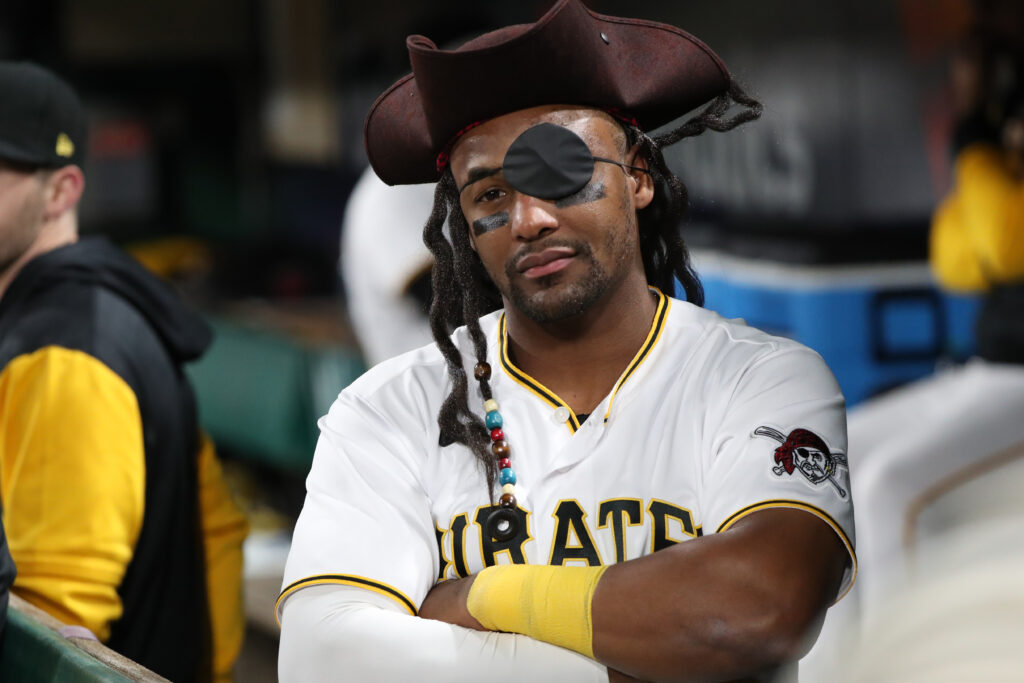 Here is another instance where I was photographing an opposing team. This time it was Albert Pujols chasing history, and this is after hitting his 696th home run, tying him with A-Rod. After crossing home he hugged his long time team mate and friend Yadier Molina. 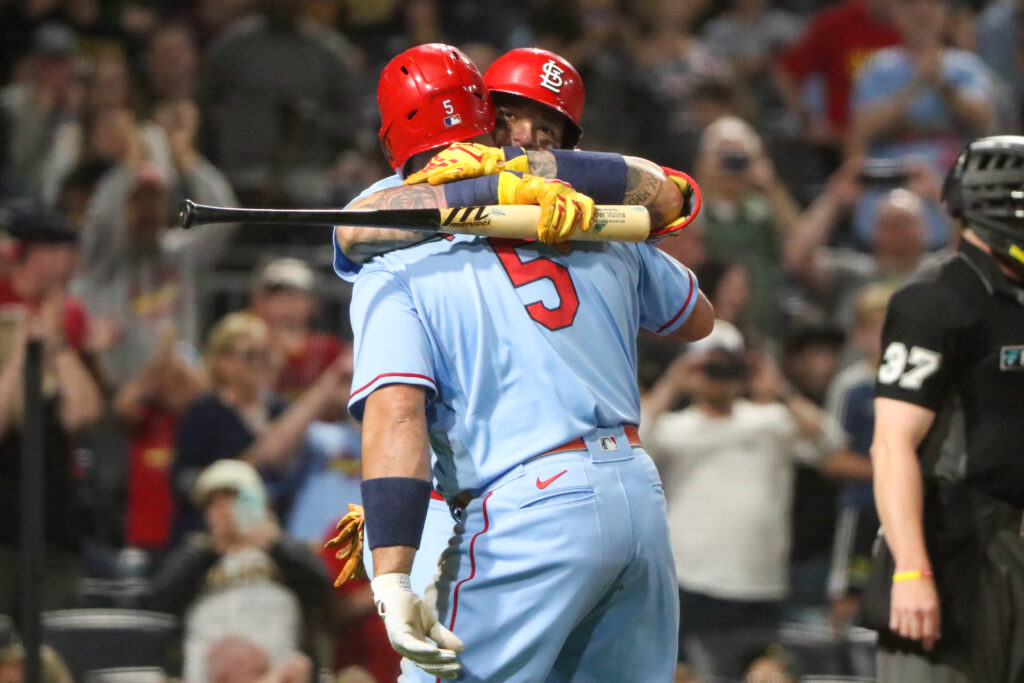 This was a photo I had hoped I would have a chance to get. I knew with the Yankees coming to town and Aaron Judge that I wanted to try and get a photo of him and Cruz like the infamous photo of Altuve and Judge. Sure enough, I got that chance after Judge ripped a double and Cruz was standing at second with him. The photo even sparked an article on ESPN.

Those are my top photos for the year. Here is to 2023 and all the amazing photos I hope to take in the upcoming season.

With Two Plus Pitches, What Else Does Luis Ortiz Really Need? 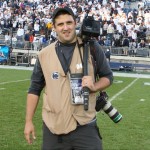 The Pirates Could Have an Outfield Logjam...

Pitch Framing Is Still A Point Of...

The Pirates Are Slowly Stabilizing Their Roster

Where Does the Pirates Bullpen Stand At...

Thank you! Sometimes got to keep your head on a swivel to get everything

Great work, David! I think my favorites are Suwinski, Madris, and Reynolds in that order.

Fantastic work David. # 6 with Reynolds and the shadows is my personal favorite. It’s so special when you can capture that exact moment like you did in so many of these shots, especially the Betts photo.

Agree some moment are a more luck than skill. Like that Reynolds photo would not be the same if it was at night or on an overcast day.

These were all amazing shots. You’re a signature baseball photographer in Pittsburgh, in my opinion. The way you capture the action reflects your years of familiarity with the game, and makes your work stand out.

Thank you for the opportunity many year ago to join you and Pirates Prospects to have an outlet.

I envy your artistry, David! I never could take a good photo.

Thank you very much!

amazing pics David – could you tell us a little about the camera & lenses you like to use?

I use the Canon 1DX Mark II and have several lenses but the main one I use is a 200-400mm with a built in 1.4x teleconverter.

Of course, right about now I like just about any photo that doesn’t show snow.

Lol fair enough I like snow in photos in the mountains that is about it!