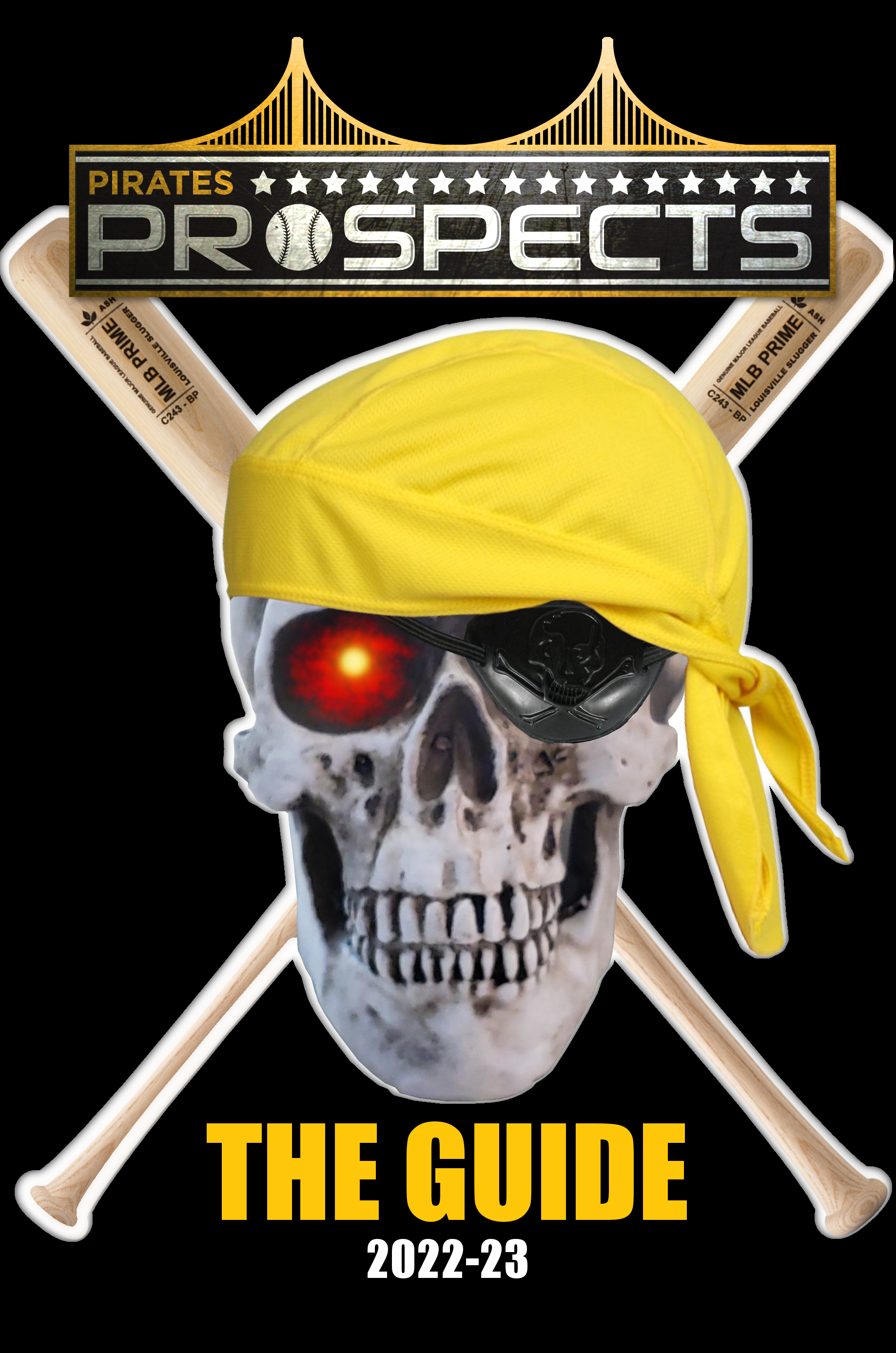 A Message From Tim Williams, Owner and Producer of Pirates Prospects:

The 2022 Prospect Guide was originally intended to be a continuation of the annual book I started back in 2011. At the time, I had an idea of selling a book with information on every prospect in the Pirates’ farm system, with hopes that it would fund the site. For a decade, that book funded the growth of Pirates Prospects and had many loyal readers.

In early 2022, I only had a loose idea of what the new Pirates Prospects was going to be. A lot of what you see on the site today evolved throughout the course of the season. By the start of the regular season, the 2022 Guide was completed, with just one issue — all of the content in the book was available for free on the new site.

I realized early this season that the original idea of the book had become obsolete, or at least didn’t work with the scope that Pirates Prospects had reached in the latter part of the last decade. I didn’t feel that the book provided value, and had a loose idea for a new version that grew as Pirates Prospects grew this year.

By the end of the season, Pirates Prospects took shape, and my idea for the book also finalized. In the past, the Prospect Guide has focused on the minor league system, with the site’s official rankings, and profiles on every player. The core of the book is going to remain the same, just with some changes.

For starters, this book is no longer a group project. The Pirates Prospects rankings will now be home to PiratesProspects.com. The site will also serve as the collective source of information from our writers. I will be stepping back from writing on the site, moving into a producer role. As a result, all of my writing will now go toward the annual Guide, serving as my season recap and look ahead for the entire organization.

The Guide will also expand beyond the farm system, with rankings of every player that is 25-and-younger. There will still be profiles on each player, with a new twist on future outlooks. I do not believe in numerical rankings, so the book won’t feature a ranked list of prospects (that will be home to the site). I do believe in tiered rankings, and will have every 25-and-under player ranked, regardless of prospect status.

The 2022-23 Guide will start a new tradition of an annual season recap/look forward for the Pirates organization. The book will allow me to cover prospects in a way that is different from how we do things on the site, and will allow me to implement some unique ideas on evaluating prospects.

Anyone who pre-ordered the book and didn’t request a refund will receive the 2022-23 Guide, which will be released before Christmas. Pre-sales for the book will go live when we have a print date. If you ordered John Dreker’s 1890 Pittsburgh Allegheny’s book, that will be printed and shipped at the same time as The Guide.

In late 2010, I had an idea of what PiratesProspects.com could become, along with the idea of an annual book. This past year has been about updating both of those ideas for the decade to come, to ensure that our readers are getting the best information and analysis on their favorite team. Check this page in the future for updates on the release date and pre-sales.

I appreciate everyone’s patience as I’ve worked through these updates, and I’m excited to get the new book finally released.